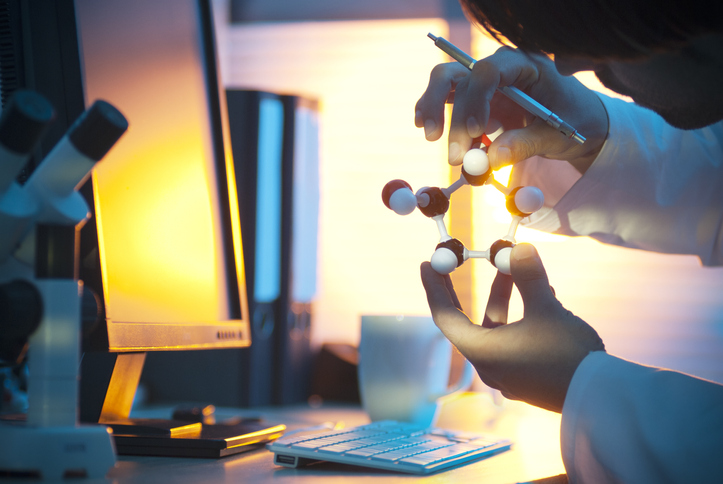 Solar is an important renewable energy source, but it's intermittent nature means that an effective carrier or storage system is required.

Hydrogen production via solar water splitting is an appealing approach for meeting this demand and achieving carbon neutrality. Researchers at the École Polytechnique Fédérale de Lausanne in Switzerland, Nankai University and Central South University in China, and Uppsala University in Sweden, have used their expertise to develop an efficient, stable and cost-effective photosystem to split water into hydrogen and oxygen using sunlight.

The world’s increasing energy consumption has led to the fast depletion of fossil fuels and urged scientists to find a replacement that has no environmental effect. Renewable sources such as solar, hydroelectricity and wind have already been used, but their availability varies around the world, and the high cost of current systems limits widespread application. Hydrogen, which can be generated using water splitting by solar energy or other forms of renewable electricity, has been identified as an attractive candidate to solve these issues. However, designing a single efficient and cost-effective system for its generation, easy and safe storage and transportation, that enables instantaneous use for energy supply, has always been a challenge.

Many approaches for solar-initiated hydrogen generation have been explored. Water electrolysis driven by photovoltaics (PVs) has displayed the greatest efficiencies so far, with the highest solar-to-hydrogen (STH) conversion being 30 %. Many systems comprising solar cells in series and a wide range of electrodes made of different materials, including catalysts have been investigated. However, the scarcity and high cost of these – for example, semiconductors and metal-based catalysts – have limited their widespread use. Perovskite solar cells (PSCs) have recently emerged as an attractive contender for low-cost PVs, reaching a certified power conversion of 25.2 % while using a voltage of 1.23 V for driving water electrolysis at maximum power. Researchers at the École Polytechnique Fédérale de Lausanne, Nankai University, Central South University and Uppsala University have carefully studied and developed a water splitting system that sets a record for hydrogen (HER) and oxygen evolution reaction (OER) with earth abundant and inexpensive photoabsorbers.1

All solutions – aqueous 0.5 M H2SO4 and 1 M KOH – used as the electrolyte and for preparation of nickel iron (NiFe)-layered double hydroxide (LDH) in this work were prepared with ELGA® ultrapure water of resistivity of 18.2 MΩ/cm from a PURELAB® system. Atomic layer deposition enabled uniform distribution of small platinum (Pt) nanoclusters onto three different substrates: commercial carbon cloth (CC), carbon cloth coated by a TiO2 layer (CC/TiO2) and TiC nanowire arrays grown on carbon cloth (CC/TiC). A modified protocol of a literature report was used to fabricate the NiFe-LDH by hydrothermal growth and for the preparation of the monolithic perovskite/silicon (Si) tandem solar cell.

The morphologies and microstructures of the as-prepared catalysts were examined by scanning (SEM) and transmission electron microscopes (TEM), X-ray diffraction (XRD) and photoelectron spectroscopy. Pt loading amount and electrochemical surface area (ECSA) of the titanium-based substrates, and the STH, were calculated using the standard equations. The electrochemical properties of these catalysts were tested using a computer-controlled potentiostat. The stability and performance of overall water splitting was characterised by chronoamperometry with or without applying a 100 mA external bias for 100 h, under chopped air mass (AM) 1.5G illumination.

Downsizing the Pt particles to a nanocluster – even single-atom scale – and to five times less loading than the commercial Pt on carbon catalyst was found to be highly desirable for cost efficiency of the catalytic reaction. Ti-based substrates with high ECSA offer a strong metal-support interaction, which plays a critical role in enhancing the activity and stability of the Pt nanocluster catalysts. Combining this with the NiFe-layered double hydroxide for HER and OER using a monolithic perovskite/Si tandem solar cell for the first time achieved an STH conversion of 18.7 % for the overall system under standard AM 1.5 G illumination. Overall, the work demonstrates an efficient solar water splitting system with earth-abundant light-harvesting material and effective electrocatalysts.

Future development will aim to address the main challenge of stabilising the perovskite photoabsorber and electrolyser. This can be achieved by using existing techniques and novel substrates that enhance the binding of catalysts in both acidic and basic electrolytes. The development of these features is necessary for scaling up this water-splitting technology and for its widespread use around the world.

Why Choose ELGA LabWater in Switzerland?

The presence of impurities in laboratory water can be a major problem in research experiments, and can seriously compromise results. ELGA LabWater has been a trusted name in pure and ultrapure water since 1937. We believe in providing you with water purification solutions that can meet a wide range of needs and applications, backed by excellent service and support. For more information on our Type I ultrapure water systems, check out our PURELAB Quest, PURELAB Chorus 1 Complete and our PURELAB flex models.