Could drug-loaded implants be an effective treatment for mesothelioma? 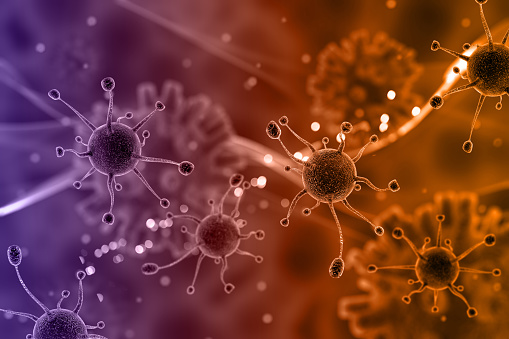 Polysaccharide-based implants could provide an attractive new way to target chemotherapy after surgery for mesothelioma – providing hope for patients with this aggressive type of cancer.

Mesothelioma is a rare, extremely aggressive cancer that develops in the thin layer of tissue that covers many of the internal organs – most commonly occurring in the lining of the lungs and chest walls. More than eight out of ten cases of the disease are known to be caused by asbestos, with symptoms occurring between 20 to 50 years after first exposure. Sadly with no known cure, most patients will survive less than a year after their diagnosis.

Patients with mesothelioma will typically be treated with a combination of surgery, chemotherapy and radiotherapy. For those who are eligible for surgery, the aim is to remove all of the cancerous tissue. But the disease grows in an unusual, diffuse pattern – making it almost impossible for surgeons to remove all of the cancer cells. As a result, tumour recurrence is common – and so new, better approaches are urgently needed to improve patient survival.

Using implants as an innovative new approach for drug delivery

A combination of two drugs – cisplatin and pemetrexed – has recently become a standard chemotherapy treatment for many mesothelioma patients worldwide. They are usually delivered intravenously, with patients experiencing toxic side-effects from the indiscriminate killing of healthy cells elsewhere in their body.

Researchers are developing an innovative new approach for targeting drug delivery for patients with pleural mesothelioma undergoing surgery – involving placing drug-loaded implants to mop up any residual cancer cells left behind after tumour removal. With a controlled release of chemotherapy drugs directly to where they are needed, the hope is that this approach will not only be effective but will also mean fewer side-effects for patients.

In a new study, researchers in Italy created polysaccharide films loaded with the drug pemetrexed and evaluated its properties and potential effectiveness both alone or in combination with cisplatin-loaded films.1

Sodium hyaluronate is the salt of hyaluronic acid, a long polysaccharide that can be found in various connective tissues in humans. Due to its intrinsic biocompatibility, biodegradability and biological role in cell migration, growth and signalling, it is already used as a treatment for osteoarthritis, in wound healing, for eye and ear surgery, drug delivery and tissue engineering.

The team developed a thin, flexible hyaluronate-based film and carried out experiments to demonstrate it is sufficiently robust and can stick to the mesothelial tissue surface. During the process of preparing the film, the team used ultrapure water generated from an ELGA PURELAB® flex laboratory water purification system.

In pre-clinical studies, the researchers showed that the pemextred-loaded films offered an easy, practical way to administer the drug – and was as effective at reducing tumour recurrence as other delivery methods. And encouragingly, when they tested their new implants in combination with cisplatin-loaded films, this almost completely prevented tumour recurrence.

A combination approach of loading pemextred and cisplatin onto polysaccharide-based implants offers a potentially appealing new way to maximise cancer drug concentration at the site of a tumour, reducing the risk of local recurrences after surgery – providing new hope for patients with mesothelioma.

We are the LabWater Specialists, for over 80 years we have been working with scientists to guarantee pure and ultrapure water for their experiments and lab work. Laboratories around the world trust our water purification systems to help their researchers to achieve accurate, reliable results. Click here to view our product ranges.