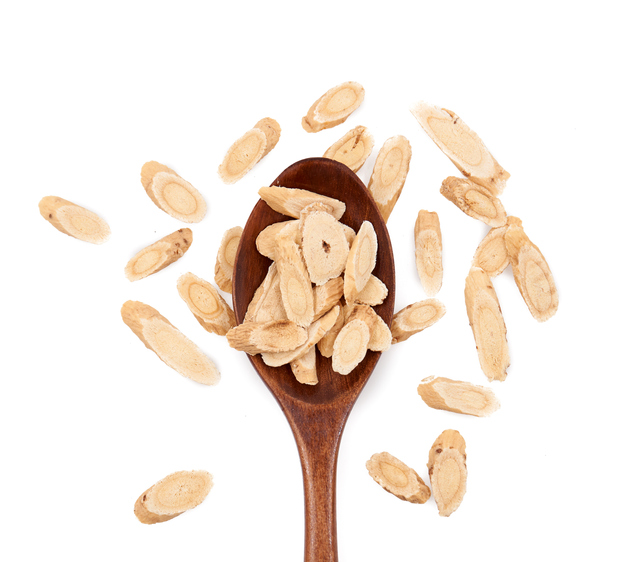 Astragali Radix (AR), known as “Huang Qi” in Chinese, is regarded as one of the most important and commonly used herbs in Traditional Chinese Medicine (TCM).

Used in China for more than 2,000 years, AR possesses a range of purported health benefits including immune–boosting, anti–ageing and anti-inflammatory effects. These are largely attributed to a variety of active constituents such as polysaccharides, saponins and flavonoids. Of these, the astragalosides (AG I–VIII) are considered characteristic bioactive therapeutic compounds.

Sales of herbal medicinal products in the European Union (EU) require approval by the European Medicines Agency (EMA) and adherence to strict guidelines. But inevitably, the chemical content of naturally grown herbs will vary due to differences between plant origin, species, geography and growth environment. Post–harvesting factors, such as processing and preparation, may further influence the final composition of bioactive compounds in products.

Quantifying the specific bioactive molecules in AR products is essential for ensuring their optimal therapeutic effects.

In a new study, published in PLoS One, researchers evaluate the concentration of major bioactive molecules in different AR samples and preparation types purchased from four EU vendors.1

The researchers used a validated liquid chromatography-tandem mass spectrometry (LC-MS/MS) method to measure the concentration of major isoflavones and AG–IV. They found that AG–IV, ononin and calycosin 7–O–ß-D-glucoside concentrations were higher in root powder samples when extracted with boiled water than with ultrasonication using 70% methanol.

The team used ultrapure water prepared from an ELGA PURELAB® Flex laboratory water purification system for these experiments, minimising the risk of introducing contaminants that may affect their results.

This study reveals the concentration of major bioactive compounds in AR samples differs strongly depending on sample type, extraction process, ammonia treatment – and especially between products sold by different vendors.

The latest edition of the Chinese pharmacopoeia indicates that AG–IV content should not be less than 0.08% to pass the quality limit. Interestingly, none of the samples examined in this study fulfilled this condition, not even when analysed after ammonia treatment.

Granulate samples from vendor 1 had the highest concentration of the most important bioactive molecules while the same sample type from vendor 4 was cheaper but contained six times lower levels of these compounds.

These findings are relevant for future therapy and medical research with TCM herbs. The routine quantitative analysis of major bioactive compounds in AR helps in the quality control of AR and for guaranteeing the quality of commercial products.

At ELGA LabWater, our expert engineers, chemists and scientists are at the forefront of technological innovation. They continue to introduce game-changing features to the lab water market.