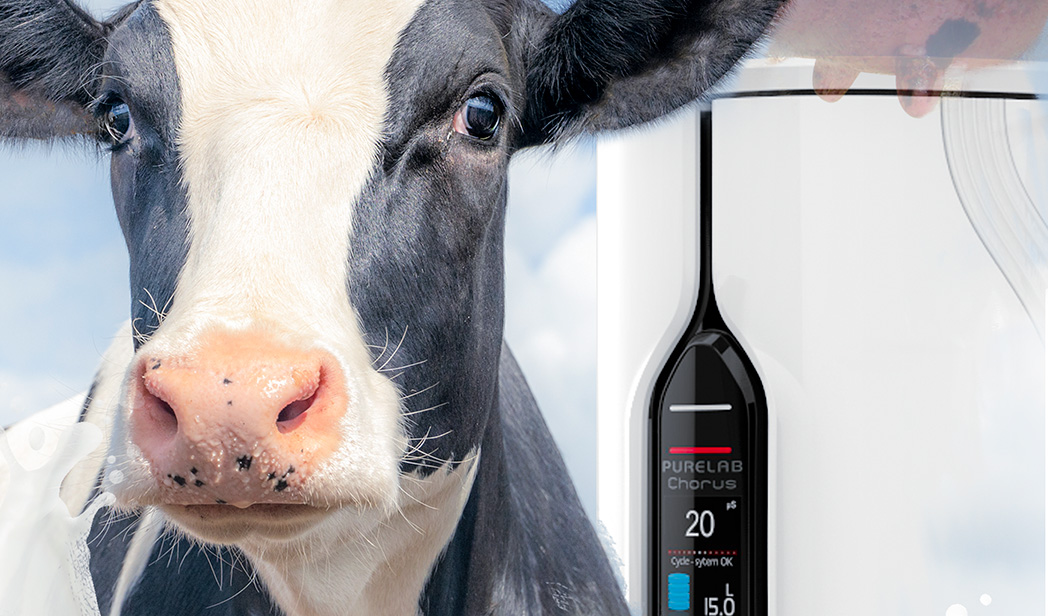 Mastitis – an infection that causes inflammation of a cow’s udder – is the leading and most costly disease in the dairy industry. For decades, researchers have focused on identifying effective new strategies to better control the disease. As well as improving animal welfare, reducing the occurrence of the infection helps produce more high-quality milk and increases yield.

Post-milking teat disinfection is an extremely effective weapon against mastitis. It works by removing disease-causing bacteria – such as Staphylococcus aureus and Streptococcus species – from the skin surface, which is important in preventing new infections as well as reducing pathogens in milk intended for human consumption.

Current commercial teat dips contain chemicals such as iodine, hydrogen peroxide and chlorine. While effective, these compounds may cause skin irritation – and using iodine may lead to potentially harmful increases in its concentrations in milk.

There is a need to identify natural alternatives that can be used in combination with, or as a replacement, for existing chemical compounds.

Bacteriocins – peptides naturally produced by bacteria to inhibit the growth of competing microbes - could potentially be used as teat disinfectants. As each of these compounds works through different mechanisms, it may be beneficial to use a combination to broaden the spectrum of activity and reduce the risk of resistance.

In a new study, published in the Journal of Dairy Science, scientists investigate the effectiveness of bacteriocin-based formulations in reducing staphylococci, streptococci and total bacterial count on teat skin of dairy cows.1

The researchers produced Bactofencin A, nisin and reuterin (by chemical synthesis, extraction from bacteria, or commercial preparations, respectively), followed by purification using high-performance liquid chromatography (HPLC). They used ultrapure water generated from an ELGA PURELAB® laboratory water purification system for these procedures, minimising the risk of introducing contaminants that may affect the results of subsequent experiments.

The team then carried out teat dips on 12 cows using two different concentrations of Bactofencin A, nisin and reuterin alone, or in combination – analysing teat swabs collected before and after the treatment. They found both concentrations of reuterin reduced staphylococci, streptococci and total bacterial counts by 0.47, 0.30 and 0.50 logs, respectively. Treatment with a higher concentration of nisin resulted in 0.50, 0.50, and 0.47 log reductions. The bacteriocin combination was the most effective in reducing all bacterial counts.

These results provide the first evidence that the application of nisin and reuterin alone, or in combination, can effectively reduce the bacterial load on the teat skin of dairy cows. Although there is limited data on the role of bacteriocins in controlling mastitis, these new findings offer insight into the potential of using these natural compounds as a teat disinfectant.

Further studies are now needed to evaluate the long-term effect of the use of bacteriocin-based teat dips to investigate their effectiveness at controlling udder infections.